More speakers and performers bios and info will be added throughout the month Of March so keep checking back in as continue to update the full line up that will speaking and performing later this year in August. 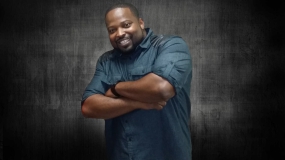 Moreh William Brown is the leader and founder of Believers Of One Messiah Church aka B.O.O.M. which has locations in Atlanta, Ga, Houston, Texas, Jacksonville, Florida, Kisii, Kenya and Nairobi, Kenya. He's a dedicated teacher who loves Yah teaching the importance of Worship, Prayer, Fasting and the Gospel of Yahshua to all nation according to the comission given as well as Paul's letter to the Corinthians of "Becoming all things to all men to win some." 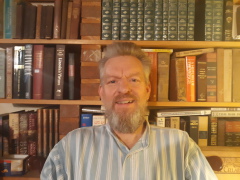 Linden St. Clair is married to Michelle (29 years) and has raised one son (Andrew) and one
daughter (Anja). He was formerly a Seventh-day Adventist pastor, evangelist, speaker,
missionary, and administrator educated at several colleges, one University, and by much
independent study which continues. Linden loves learning languages and reading widely. A DIY off-gridder interested in truth and devoted to the One who generates truth and His
Son who goes by Truth, among other titles. His hobbies include astronomy, kalendars,
Scripture study, travel, and outdoor activities. He currently works at a gazebo factory
building lawn furniture and specialized shipping pallets.
Linden will present on
Founding on the Truth as you Find it- how to build a proper platform for Scriptural doctrine
in all of life. (1st day)

Call Upon My Name- an introduction to names, titles, and translation schemes of the Most
High and His Only-begotten. (2nd day) 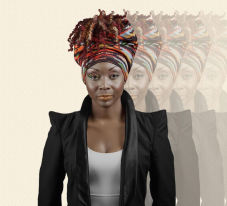 Chidnma Chirondala Maduka is a triple threat; she sings and acts and dances and has been on many stages and sets. Shes an international Gospel Artist and has traveled around the world for ministry building relationships as she goes. She is also a serial entrepreneur; she is the Co-owner and President of Rhema Word Clothing of Las Vegas, NV. She and her mother, Bryana Vosley own and operate Posche Salon LLC in Oxford, AL, she also owns her own project consulting business, Kings Consulting. As the director of foreign Medical Missions, she is committed to serving people by way of this amazing organization AFRUSA Ms. Maduka enjoys her role as a mother to Onyinyechi Makduka and she loves travel and the great outdoors, but most of all she is a servant leader.

She will be performing both days of the conference 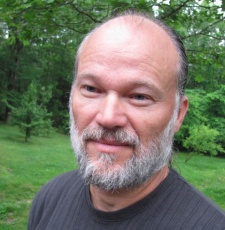 I am a 4th generation satyrday Sabbath keeper.  Sabbath keeping is an organic part of by spiritual walk.  "Church goers" in general are taught the specific tenets of their chosen denomination that make their religious observations unique to that particular faith.  Naturally, there is a lot of overlap between the many denominations, but satyrday observation is one tenet that is not widely accepted.  So if you are one of the 20 million non-Jewish satyrday Sabbath keepers (out of 2 billion christians in the world) you might be tempted to feel special, and you are, but not because of what you believe.  Rather because you have accepted a counterfeit without bothering to examine the evidence.  Does a truth seeker examine the evidence or accept the authority of the tradition of men?

Pope Gregory XIII is in charge of the calendar you observe.  Does that make you more or less confident that satyrday is the Sabbath?  If you care to find out what happened to the calendar of Creation and the Sabbath, join me on this search for truth.  You will not regret the investment of your time for a second.
Troy will be speaking on day 1 of the conference on a two part presentation back to back on the Creators Calendar

Ronald Dalton Jr was born in Pittsburgh, PA to African-American parents who had experienced different parts of the Civil Rights Movement in the 1960’s. Ronald’s Mother grew up in the New York housing projects in Harlem with a heritage by way of Virginia and the West Indies (Antigua). While his mother experienced the Black Power movement in Harlem, NY around such Black leaders as Malcolm X, Marcus Garvey and Huey Newton, Ronald’s father experienced racism while growing up in West Virginia during the Jim Crow Era. The two would meet through church at an Apostolic/Pentecostal church called Greater Refuge Temple in Harlem, NY on Adam Clayton Powell Blvd. Little did they know their firstborn child would grow up to be a visionary and truth seeker. Growing up as youth in a Black Pentecostal Christian household, Ronald would sit through enough church services to read the bible from beginning to end, more than just a couple times. He was always into reading books, especially books that contained new knowledge. As a young adult he was always curious about things in the bible that left unanswered questions. In 2010-2011 while working at Sinai-Grace Hospital in Detroit, Michigan, Ronald started to see the world in a different way. He started to see the suffering of his fellow black people on a grand scale and wanted answers. He asked God in prayer one night for wisdom and knowledge to explain the madness that he was seeing in the black community. God heard his prayers and opened Ronald’s eyes to the truth. Ever since that day, God would reveal the truth to Ronald in bits and pieces about the true heritage of Black people in America and Diasporans as it pertained to the Ancient Hebrew Israelites of the Bible. God would reveal to Ronald the REAL REASON why blacks have been oppressed for so many years. Over the years this knowledge was too much to bear alone; and it was too much information not share with his people. Ron then embarked on writing a book about the knowledge he had obtained from God. At the same time he also began putting together an educational Movie documentary to back his message. He titled the Movie and Book “Hebrews to Negroes: Wake Up Black America”. After this he put together a website, www.thenegronetwork.com to spread his message to everybody in America and the world. Today, Ronald enjoys teaching and enlightening others on the REAL TRUTH. Ron believes that REAL TRUTH is priceless and cannot be stopped from reaching the world. Ronald’s favorite motto “A lie cannot live forever” holds very true in his educational work “Hebrews to Negroes”, as he exposes the lies and reveals the truth. 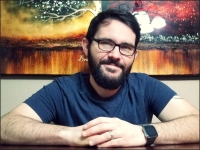 Russell Cotter comes to us from here in East TN. He was born and raised like most in the Appalachians, with little to nothing. But in contrast to that, was rich with people who knew who Father Yah was, all around him. Today he works with a handful of nonprofit organizations that go out to help serve the homeless communities in the region and spread the gospel of our Messiah. 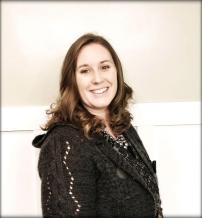 Laura Cotter comes to us with a voice ready to worship and a rich love for the Father above. She works with Mark525 Ministries and has been working with others in the area to extend help to those less fortunate. She's been called to Ministry and sings for the greater glory of our Father in Heaven.

Laura will be performing praise and worship music both days of the conference. 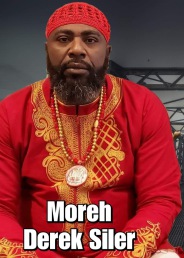 Moreh Derek Siler was called and chosen to minister the gospel in 2012.  He is current assistant pastor of B.O.O.M. Church Atlanta and the founder, owner and designer of Kingdom Anointed Custom Neckware. 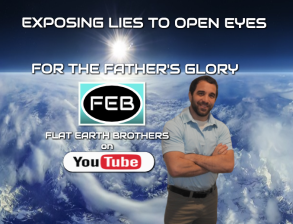 When he began his career as a science teacher, he was passionate about intelligent design and the complexity of life. Although he knew there was fraudulent discoveries in evolution, he agreed with and taught other aspects in the field as fact. Everything changed when a chain of miracles revealed that the Father was far more loving and powerful than the mainstream was being led to believe. Humbled by such grace and power, he asked for the truth about creation and that this truth give glory back to the Father. He thought he was ready for this truth but when the truth arrived, he was blown away and knew that if this truth were to spread, it would change everything. Since this awakening, the Father has guided his hands and words to reveal this truth to many around the world from the on Youtube, but with the evil ones working hard to stop truth, it’s become essential for him and all who know this truth to speak out publicly and stand for truth no matter what the cost.

He will be speaking on the first day of the conference that morning on the topic of Exposing The Father's Handy Work and Creation Proofs You Can't Unsee! 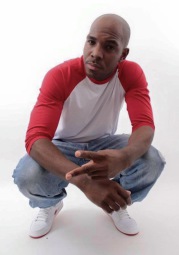 Producer of FaithMuzic and musical performer

Brother Robert is a miscal performer and member of B.O.O.M. church Atlanta. He produces music through his minstry FaithMuzic. 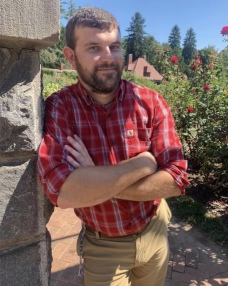 Producer of 7Trumpetsprepper channel on YouTube, Minstry volunteer at Loud Cry Ministries and owner of Off Grid Contracting

Lucas Cameron had his awakening to the truth and The Way was in the winter of 2009 on the pagan Roman calendar. Since that awakening he has founded Loud Cry Ministries to help awaken multitudes to the truth across the world and also produced 7 Trumpets Prepper channel on YouTube to help other to prepare for what is to come in the years ahead and the final events when the trumpets sound heralding the return of Messiah and the New Kingdom. He also owns and  operates Off Grid Contracting a company that specializes in takingclients off grid via power,water,shelter, heat and more.

He will be speaking as the final speaker on the second day of the conference on the topic of the last days, the Man of sin, The 7 Trumpets and preparing for the end of the age and the return of messiah